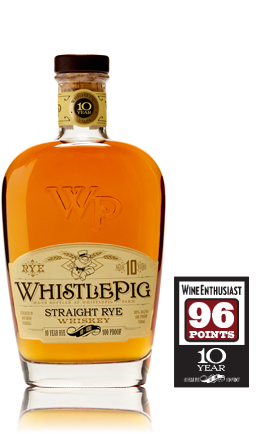 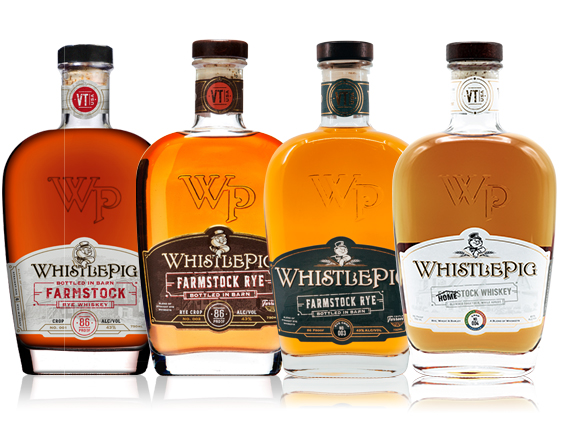 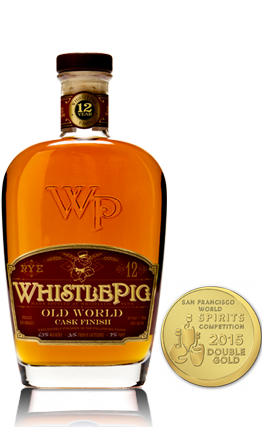 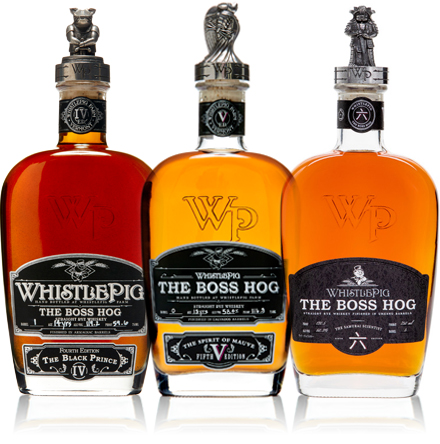 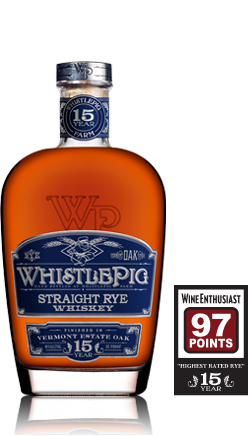 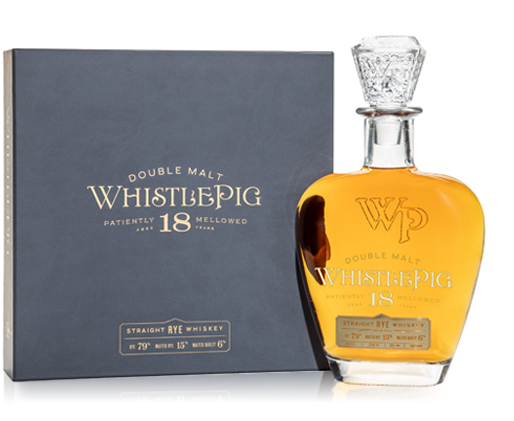 WhistlePig was born in 2008. After spending his last dime on 500-plus magical acres in Shoreham, Vermont, Raj joined forces with Master Distiller Dave Pickerell (of Maker's Mark fame) to plot the long awaited return of rye whiskey to the States.

The two men got their hands on the best batch of aged rye in North America. A few months later, in February '09, they hatched a 5-year plan to transform WhistlePig Farm into the first ever single malt, one-stop rye shop, with all stages of the process located on site: from growing the grass, to distillation, to barrelling and ageing, to bottling. With the opening of our single-estate farm distillery in the summer of 2015, what was once a pig-headed dream will be a top-shelf reality. WhistlePig is proud to be the most awarded Rye Whiskey maker in the world.

On January 1, 2010, Raj & family cleared out an old barn, rolled up their flannel sleeves, and started bottling the exquisite rye.

The Pig was out of the pen!

A 100-proof, straight rye whiskey, aged for at least ten years through a unique double-barrel process. WhistlePig embodies the perfect combination of proof, purity, and age - hitting 'the sweet spot' in all three categories.

In short: more rye, all the proof, and the perfect age. WhistlePig was released in the summer of 2010 to great critical acclaim, earning 96 points from Wine Enthusiast, their highest rating ever for a rye whiskey.

WhistlePig have always dreamed of having a true farm-to-bottle whiskey. FarmStock, for us, is that journey. With each year, and each Rye Crop, we increase the percentage of the blend that is our Triple-Terroir whiskey, which means whiskey made from grain we grew on our farm, aged in barrels made from our land, and proofed with water from our own well. In time FarmStock will be 100% Triple-Terroir.

The debut of the world's first "Triple Terroir" whiskey made from Our Grain, Our Water, Our Wood. Rye Crop 001 marries the untamed contours and boldness of our estate whiskey, which only youth can provide, with the richness of our best five to six year ryes, topped off with the splendour of our 12 year whiskey. Limited Release: 100 barrels released in 2017

The 002 blend was crowdsourced from bartenders, influencers, and consumers across the United States. Rye Crop 002 is 32% Triple Terroir, it celebrates the youthful bounty of our 2 year old estate whiskey aged in Vermont oak, enveloped by our best six year and 10 year rye whiskey to produce a white pepper and oak spice upfront with a long finish highlighted by hints of butterscotch. Limited Release: 100 barrels released in 2018

Our vision is to respect tradition and embrace progress. FarmStock Rye embodies our boundless journey toward this vision - protecting what makes Rye Whiskey great, then innovating to make it better. FarmStock Rye Crop No. 003 marks a historic step: the first-ever majority WhistlePig Whiskey at 52% of our 3-year-old Rye Whiskey.

The name says it all. This is WhistlePig's biggest, most profound Whiskey for the Boss Hog in all of us. Dave Pickerell committed five promises to each edition of The Boss Hog: single barrel, bottled at barrel proof, powerfully complex, distinctly unique from anything we have ever done and stupendous.

Each edition of The Boss Hog is crowned with a bespoke pewter stopper, designed and made by hand by Danforth Pewter in Middlebury, Vermont, just 11 miles from the WhistlePig Farm. The Boss Hog series has historically won Best in Show (SFWSC, 2017) and Best of the Best (Robb Report, 2019).

The sixth release in The Boss Hog series, The Samurai Scientist, is the first and only American Whiskey finished in Japanese Umeshu barrels. Just once every decade, the Kitaya Brewery lays down a traditional, intensely flavourful Sanaburi Shochu that will mingle with locally sourced plums for more than eleven years to become their most prized umeshu. This well aged Straight Rye Whiskey was created using koji fermentation. Each bottle is adorned with The Samurai Scientist – Jōkichi Takamine – who pioneered koji fermentation in the American whisky industry over a century ago.

The newest release from the WhistlePig Farm; 15 year old, 100% rye, finished in Vermont Oak casks made from trees on the farm. The harsh winters and short growing seasons of the Green Mountains bestow a tighter grain pattern upon these trees, imparting nuanced flavours into the whiskey. After being milled, seasoned, and raised by some of the best coopers in America, the new barrel receives a long toast and heavy char designed to draw out a rich sweetness that complements the natural spice of aged rye. The final product mingles rye spice with wood sugar, earthy oakiness and lush citrus notes, all wrapped in a velvet smoothness unique to the finest aged spirits.

Dave Pickerell built WhistlePig in pursuit of crafting the world's finest and most interesting Rye whiskies. After years of devotion, to patient aging and innovative blending, we've turned our attention to experiments with grain; in particular, the bygone practice of malting rye. Before industrial catalysts were introduced to increase efficiency, farmer distillers would malt a small portion of their rye harvest in order to access the grain's starch content and set off the fermentation process. Floral, earthy flavours imparted by malted rye would add nuance to the bold, peppery spice character of classic rye whiskey.

To harness these flavours for our oldest expression of WhistlePig yet, we selected a whiskey distilled from 79% rye, 15% malted rye, and 6% malted barley.

These grains form a harmony that spans the flavour spectrum, at once soft and floral, rich and savoury, and full of spice. Its complexity is only heightened after 18 years in the barrel.

To complete our oldest whiskey yet, we've partnered with our friends and neighbours in Vermont for this very limited edition release. Each bottle is accompanied by a unique glass stopper pressed by hand on one of the last remaining 19th-century glass pressing machines and custom made for WhistlePig; all encased in a bespoke display box.